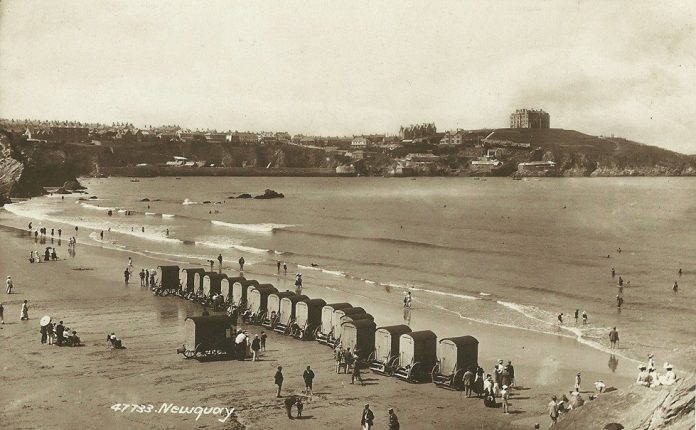 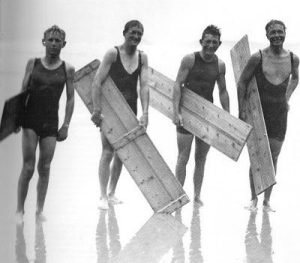 Newquay has been a classic holiday destination since Victorian times and beyond. The town has a history of being a fishing port and also has evidence of bronze-age settlements and ancient burial grounds such as the Barrowfields.

Newquay began life 1600 years ago as a fortified cliff settlement, evolving through to a tiny port town and finally to the modern premier resort town we know now. Iron ore was once smelted here by Iron Age man for weapons and tools. Tin and china clay was also exported from here. Modern day has now seen Newquay become a famous tourist destination, thanks to its wonderful beaches and coastline.

Porth Island on the outskirts of Newquay is an archeological site which boasts the great earthworks of Cornwall’s finest cliff castle. Numerous finds here and in the neighbourhood point to this being an important centre of prehistoric bronze-age civilisation. 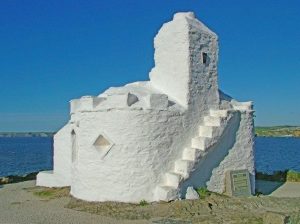 This one-time fishing village, was originally called Towan Blystra and known for it’s pilchard catch. The shoals of fish were sighted by the huer who perched in the Huer’s Hut on the headland – giving rise to the expression “hue and cry” as he shouted to the villagers to direct them to the pilchards of the coastline.

Evolving into a Fishing Port

In 1439 a New Quay was built and so began the town’s second life as a fishing port. Pilchard fishing became huge in the 18th Century employing many of the townsfolk and its legacy can still be seen on Towan Head by the Huer’s Hut. The Industrial Revolution saw Newquay become a commodity port loading tin, lead and china clay. The Harbour has seen many changes with tram lines once taking china clay and tin directly to the ships. In the seventeenth and eighteenth centuries, low wages from fishing and agriculture were supplemented by smuggling and many of Newquay’s caves were used for this purpose, notably the Tea Caverns lying in front of The Headland Hotel. More sinisterly, wreckers would gather to collect cargo lost from wrecked ships along the coast.

In the past, Newquay residents would have spoken our own native Cornish language which has close ties to Welsh and Breton. There has been quite a revival these days with around 2000 people now able to speak the language.

The Cornish language or Kernowek is one of the Celtic languages with similarities to Welsh and Breton. The language was used until the late 18th century, and there has been a growing interest in reviving the language in modern times both in speech and writing. The Cornish Language Strategy Project have undertaken research about Cornish and it is estimated that 2,000 people are fluent as of Spring 2008.

Cornwall abounds with many place names retaining the Cornish language and a knowledge of Cornish helps to understand old place names. There is an increasing amount of Cornish literature, poems, songs and Cornish chants which are being revived, spoken and created.

Soak up some nostalgia. Here’s some vintage Newquay posters to enjoy.

And here is a rare home video from the 1920’s showing various scenes including the lifeboat being drawn by horses!

Do you have any memories of Newquay from days gone by? Please share them below in the comments.

Newquay Travel Information – How to Get Here by Train, Plane and Bus

Newquay has been a classic holiday destination since Victorian times and beyond. The town has a history of being a fishing port and also...

ABOUT US
Newquay Nightlife is the premier guide to the world class resort of Newquay, Cornwall. If you have any feedback, if there is anything you would like us to cover or if you'd simply like to say hi, please get in touch.
FOLLOW US
© 2021 Newquay Nightlife